The bands line-up was completed when pianist Jeff Rigby ( a friend of Don's) switched from piano to bass guitar to join them. 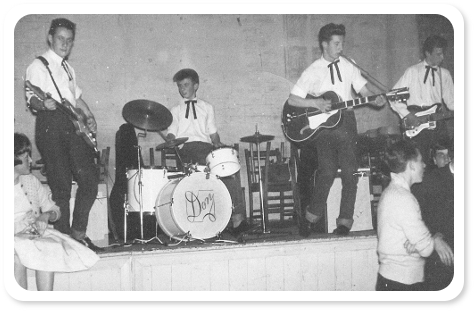 The Vigilantes played their first gig at Latchford Hall on 2nd October 1961 for the princely sum of £1.10s

In 1962 the band was joined by Johnny Moss on Vocals 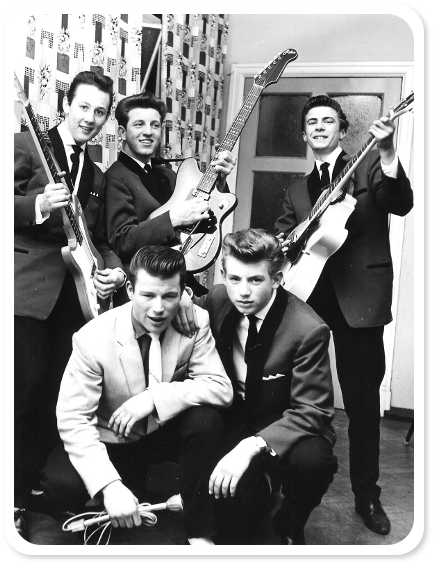 Johnny Moss left the band in late 1962 and singer Colin Massey joined them.

Colin was a true Rocker in the mold of Chuck Berry, Little Richard, Eric Burden and loved to ride his motorbike. In May 1962 the Vigilantes won a local Rock Competition held at the Bell Hall in Warrington to be crowned Warringtons Top Rock Group.

On Friday 20th July 1962 the Beatles made their first appearance in Warrington at the Bell Hall (booked by local promoter Pete Rigby). The Vigilantes along with another Warrington band the Renegades were the support bands.

In October 1962 Ian Preece left the band and was replaced by lead guitarist Pete Garner.

By now gigs were coming in thick and fast throughout the NorthWest, and the Vigilantes were often the support group to many top bands, such as The Beatles, Gerry and the Pacemakers, The Searchers, The Hollies, The Mindbenders and many more. 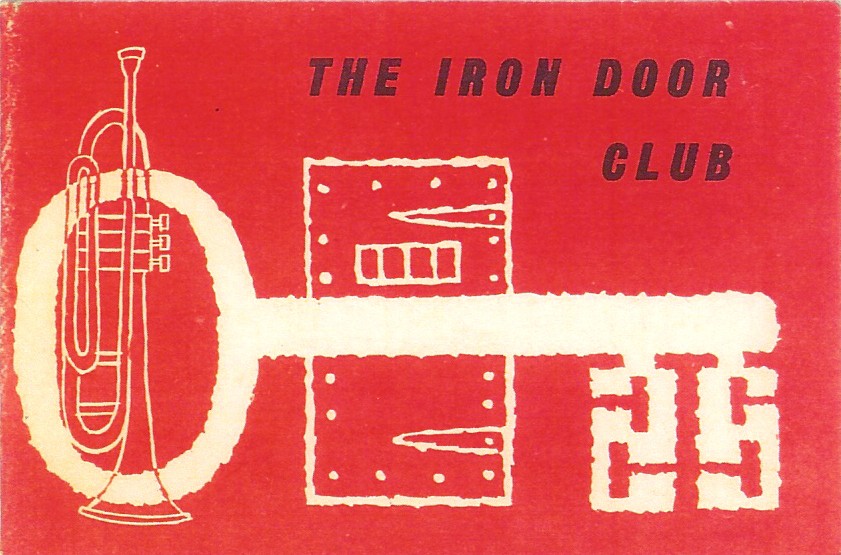 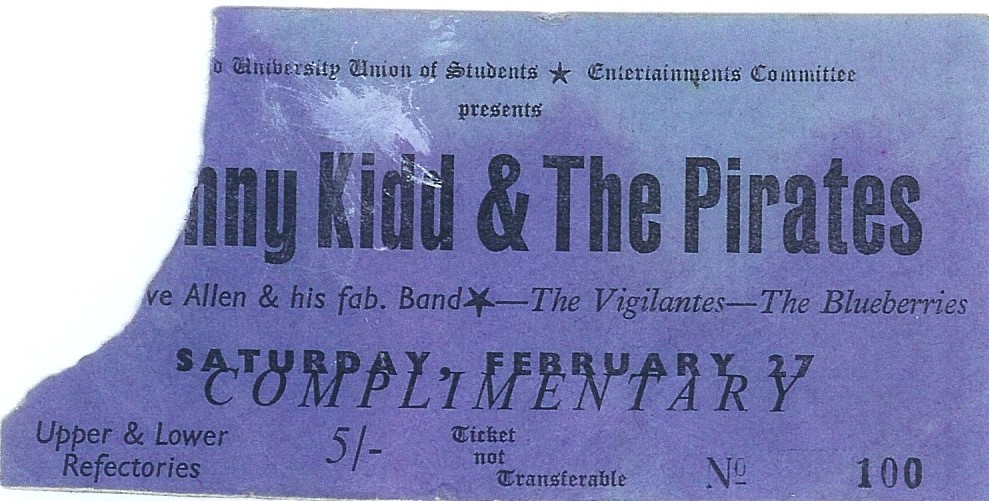 On 10th May 1963 The Vigilantes entered the Lancashire & Cheshire Rock Competition held over 2 nights at Liverpool Philharmonic Hall. 80 bands from all over the northwest took part. The contest was won by Liverpool group "The Escorts", and the Vigilantes came a creditable 10th place. 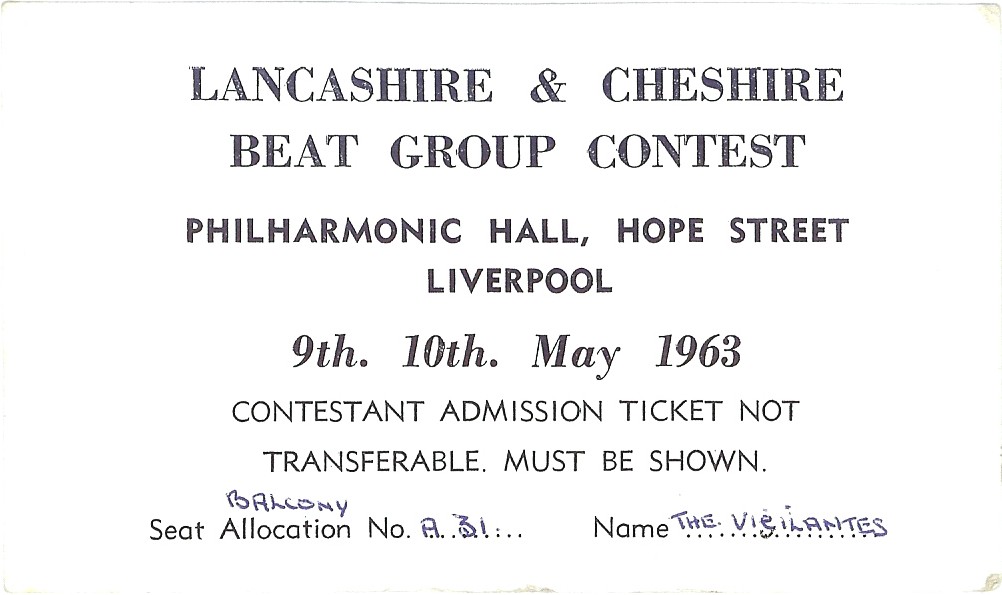 In 1963 Colin left the Band and the Vigilantes took up the role of performing their own singing, sharing vocals between Pete, Ray & Jeff.

20th March 1964 the Vigilantes appeared at the Cavern Club in Liverpool which earned them a Brick on the Wall of Fame outside the Cavern in Matthews Street. 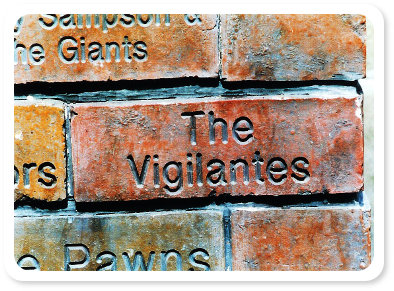 May 1964 Don Smith left the Band to be replaced by drummer Johnny Bellringer for a few short months, after which Bill Monks joined the Band on Drums.

In the Summer of 1965 the Band played a gig at the Lion Hotel in Warrington.

This was to be their last gig.

After a gap of almost 50 years they met up again and the Band was reformed!

Yes, Ray, Pete, Jeff, Bill, Ian, and Colin were back. Initially just to rehearse for old times sake, but pretty soon this led to going back on the road. 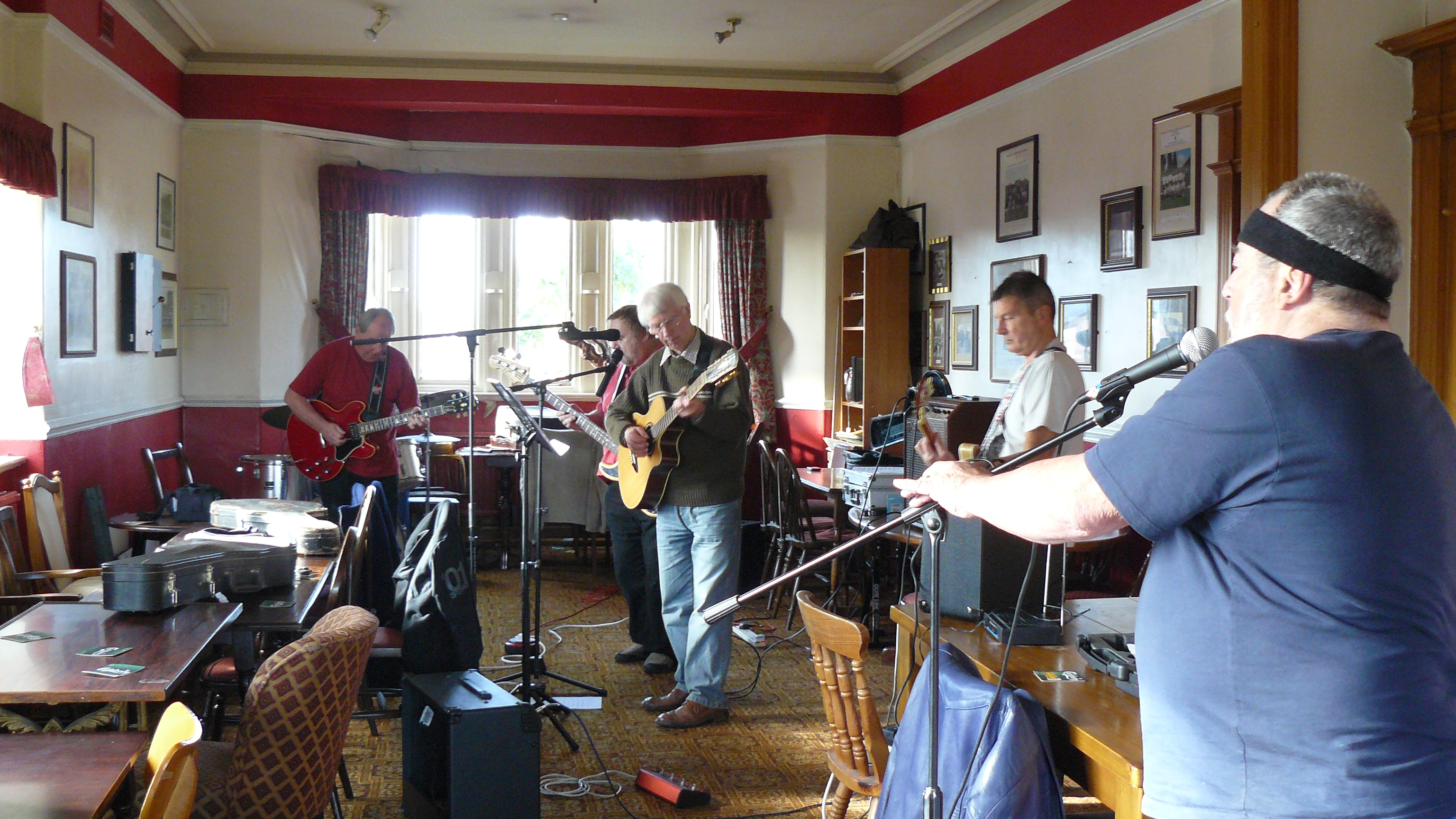 Sadly Colin and Don passed away, and Ian once again left the Band.

SO, The Vigilantes are now back to how they were in 1965 Ray, Pete, Jeff, Bill still playing, Still singing, Still having fun!! 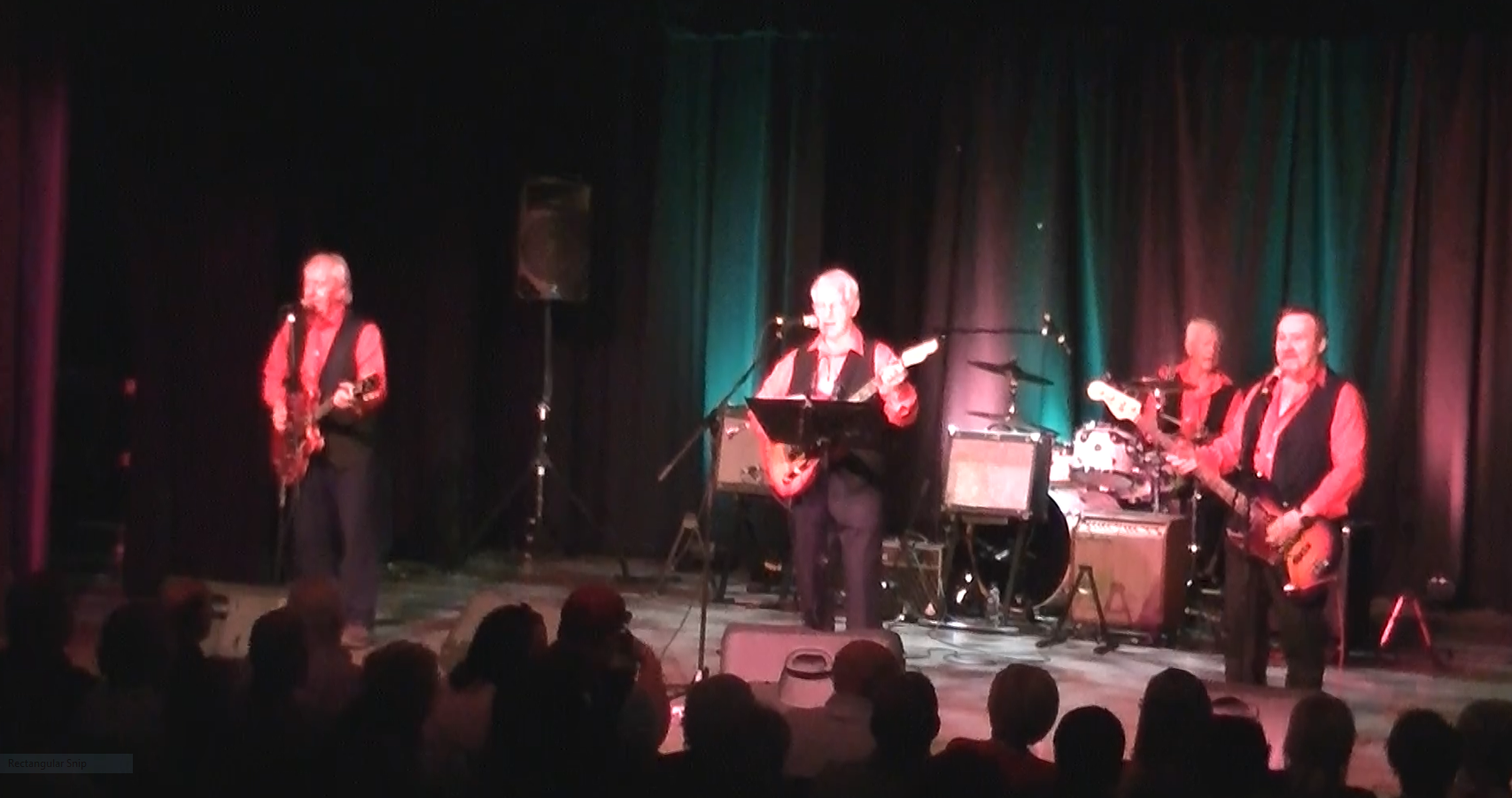 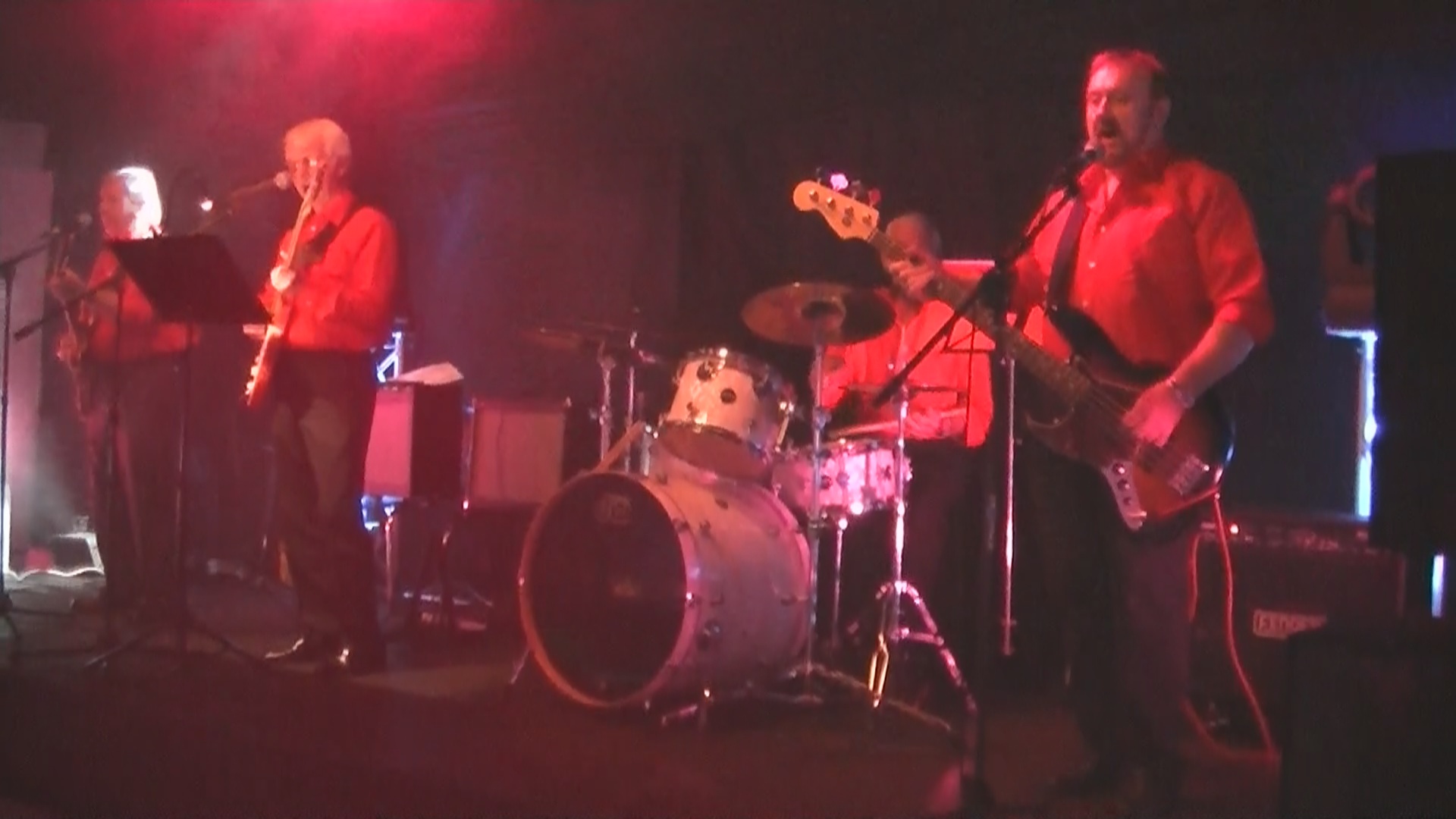